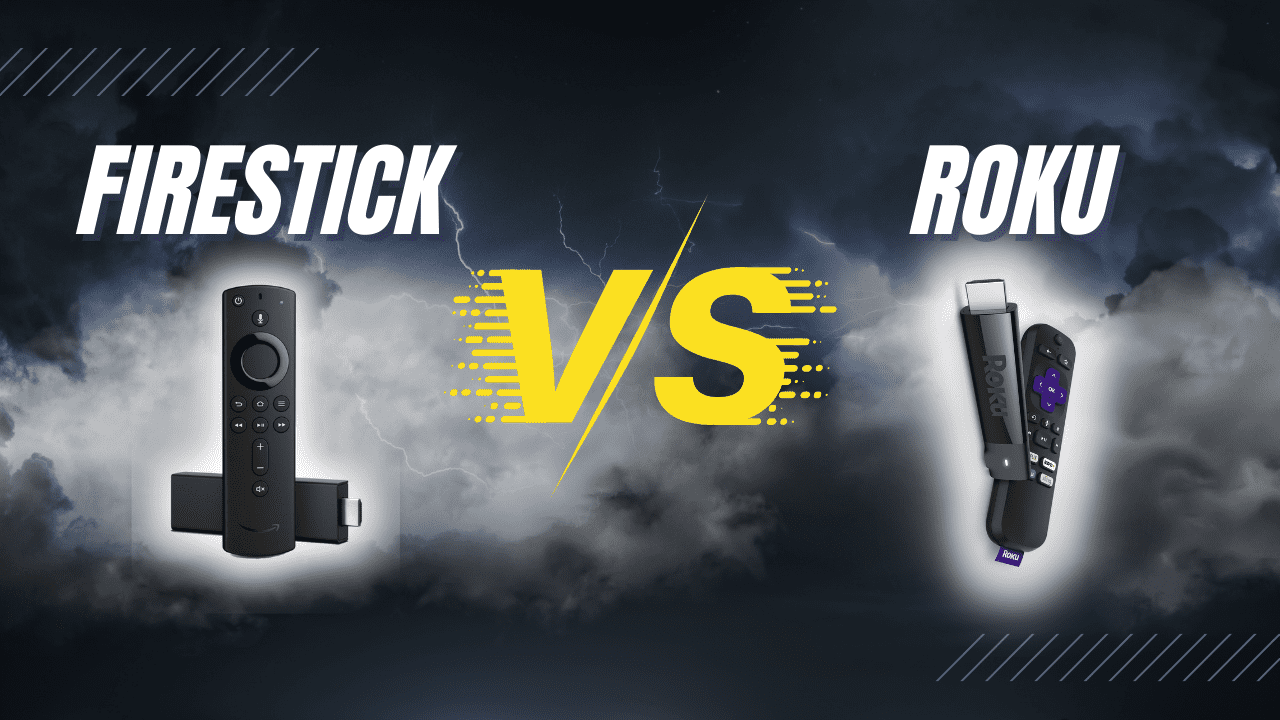 If there has been any biggest battle between video streaming services in recent years, then it's certainly Roku vs. Firestick. Although Apple TV and Chromecast work in their respective and have made it into the fray in reality, the two big giants of video streaming devices in the market for the cord-cutters are Amazon and Roku sticks.

The problem that most of the folks have while making a choice among both is that they seem much alike. It can be a real time-consuming job while choosing the right one. But you are at luck as you can't go wrong with either one of those. The new model lineup of Amazon Firestick, which is Amazon Fire TV Stick Lite and Amazon Fire TV Stick 2020, are budget-friendly options for media entertainment enthusiasts who want UHD 4K resolution streaming.

We will break down every feature of these two products. But if you take just one thing away from the things we shared in this article, then you would be left with nothing but to choose Amazon Firestick as it makes a great fit for Amazon Prime and Echo subscribers. Roku, on the other hand, is a better fit for consumers who are planning on getting Full HDR 4K streaming content and get dozens of other services.

How to know what streaming device is the right choice for you? We are here to break down the differences between the pros and cons, highlights, and hardware of both platforms. Therefore, you must consider this guide as a comparison article of Streaming Hardware 101. So let's study further.

Roku vs. Firestick | Which is the Best Overall Streaming Device?

Choosing a new streaming platform often brings us to a debate between Roku and Amazon Firestick. Mostly when Amazon is regularly coming up with lucrative offers and discounts with the Firestick, product price is not just the only factor taken into consideration while making a purchase.

In this new era of on-demand video content viewing, there are countless supplies of big titles, great films, and other TV content waiting to be watched and enjoyed. Streaming sticks are a way to get access to it. You might have had a Smart TV already, but even so, it lacks the streaming apps and content you require to enjoy your favorite movies and TV shows.

This is where steaming sticks shine as there is plenty to find in the market, with offerings coming from Now TV, Amazon, and Roku all competing against each other for your hard-earned money. But what to select?

With Firestick and Roku in our arsenal, both have plenty of mobile apps. There are bare notable differences among both the devices. Which one is the best media streaming device will purely depend on different decisions from your perspective. After going through our in-depth Roku vs. Firestick review, you will get a pretty good idea about the best fit for the family of streaming devices.

At Cord Cutters Anonymous, we have tested every possible media streaming platform available out there in the market, and we are here to discuss what would be the right choice for you. It doesn't matter if you are after a basic under-the-budget dongle or a robust 4K HDR streaming powerhouse. With our complete review guide, you will be in a binge ocean before you even realize it. So let's dive right into it!

But before that, let us discuss the history and meaning of these two streaming giants.

Roku is a digital media streaming device brand that was introduced by the company Roku Inc. It connects to your Smart TV's HDMI port or simply exists within the smart TV systems as software and enables streaming like movies, TV shows, news, and much more content through a home internet connection (wifi or ethernet ) with downloadable channels.

Roku was named after a Japanese word called “six” as it was launched in the year 2008 by its founder Anthony Wood as his sixth company. Roku was first introduced in 2008 with the name ‘Roku DVP N1000', which was the company's first product, and since then, Roku has been optimizing and iterating all its products.

Roku functions via proprietary OS and the hardware that includes several other variations. The only thing that is the most recognizable option is in the form of a streaming stick which is a round-square box. Roku also has a strong lineup of Roku TV which is Smart TV that comes with an in-built operating system. The Roku device price range starts with Roku Express, which costs $29.99, and the Roku TV model costs $200.

Some of the most popular models of Roku devices are:

The Firestick is an Amazon Fire TV Stick brand product that was introduced to the public in the year 2014 along with Fire TV. These digital streaming platforms allow you to watch video content on your television through your home network connection. It basically works on a principle of a DVD player, except you won't have to load CD drives, and it updates the library with new free content regularly.

Firestick currently has 3 models, which includes Amazon Firestick, but every model has few key common things, i.e., each device model can give you access to over 15,000 games and applications, along with Netflix, Disney Plus, Amazon Prime Video, YouTube TV, Hulu, ESPN Plus and HBO Now.

Firestick also allows you to stream live TV content. The Fire TV or the Fire TV Stick 4K is compatible with TV programming and sports events via services like Hulu + Live TV and Sling TV. Whether you are searching for on-demand broadcasting services or just a replacement for your cable TV connection, Amazon Firestick has got it all.

One of the most popular features of an Amazon Fire TV Stick is that you can jailbreak it and easily side-load the Kodi application to turn your device into an unlocked media center. What makes the firestick so special that you cannot jailbreak a Roku stick since it does not run on an android operating system. Once you jailbreak your firestick with Kodi you can install the best Kodi Addons to make your streaming experience amazing.

Some of the most popular models of Firestick devices are:

When we are talking about Amazon Firestick, all your focus must be on the Alexa Voice Control Assistant and Amazon Prime Video services, as those are its main highlight features. Sure, Roku also allows you to get access to Amazon Prime, but that is mainly brought from the Amazon streaming hardware. And it's a great deal if you are subscribed to Amazon Prime, else it's not that great if you are better off with something else.

Both Roku and Firestick device prices start at $29. You can get Fire TV Stick Lite or Roku Express for the same amount, and every product has its own set of perks and drawbacks. The perk where Firestick outshines Roku is in the Alexa Voice Assistant enabled TV remote. However, its overly excessive Prime Video promotions take people in the wrong direction.

Roku Express, on the other hand, has fairly snappy performance, given its price point. However, the Roku TV voice remote signal reception quality sometimes throws it off the ledge. It also needs some extra intent in the testing department. Going to the slightly more expensive side, Roku beats Amazon in UHD streaming.

The Roku is an all-around winner in the home screen streaming device and the Roku channel department. Although the Firestick owners may find it a convenient way to watch lots of Amazon videos, the home screens give you access to plenty of Amazon channels and Prime Videos. However, it lacks in customizations.

Roku and Amazon stick both can let you get access to thousands of contents. Cord Cutter Anonymous team claims that Roku has over 21,011 applications and Firestick has 11,101 applications. But in reality, most people don't even need that many applications, just a small fraction of it. The thing that must be taken into consideration is more about what's missing and not what you are provided with.

For a very long time, the owners of these streaming devices have often spent a considerable amount of time dealing with finding new streaming services. The reason for this scarcity in the market is because companies take some time to iron out channel and network contracts. YouTube, for example, took more time than Firestick to finally arrive in the year 2019. It is compatible with devices like Android, iOS (iPhone & iPad), PC and many more. Other features include Dolby Atmos and Private Listening in Fire TV Cube.

The Firestick is fully supported by Amazon's Alexa voice assistant skills and connected smart home devices. This means that you can check all the cameras that are connected with the smart-home in your house with Bluetooth, order food, and view weather forecasts just through voice search commands. These functionalities work on all firestick model products.

Roku, on the other hand, has third-party options like IP Camera Viewer – Pro. However, it is more of a streaming service than being a part of your home environment. With that being said, Roku features both Amazon's Alexa Voice Assistant and Google Home Assistant or simply Google Assistant to make commands.

There you go, the battle of the Roku vs. Firestick finally got a winner. When its time for streaming, you would want Roku. This final showdown between Roku vs. Firestick has finally come to an end and has clearly explained how one must defend its title for the best media streaming service in the market.

Roku makes the cheapest 4K Ultra HD streaming device with better hardware and overall a pleasing interface that you can control easily and not something that spams your display screen with Prime Video commercials. And on top of that, Roku doesn't hold behind in providing the most number of applications, all thanks to HBO Max, unlike Firestick that lacks Peacock, which is a huge flaw.

However, streamers still like to plug Firestick into their smart home lifestyle and Amazon ecosystem, but in our perspective, streaming devices are meant to stream content, which is why Roku wins the best streaming device. 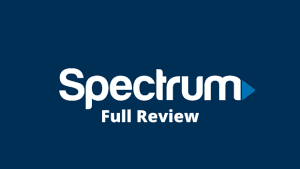 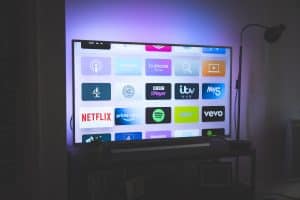 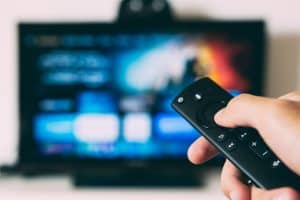 How to Jailbreak a Firestick (January 2022) 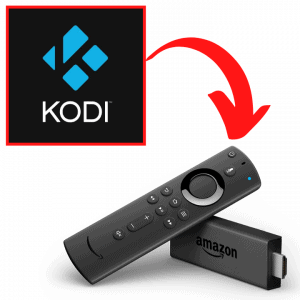